Log in
Wednesday, 28 October 2020
Frankly speaking none knows how the Mermaid got onto Warsaw’s coat of arms, but it got there as early as 1390. It probably had something to do with the Middle Ages, when there was a trend to have a mythical creature as a symbol of a new city.
The legend below is the favourite one among the guides giving tours round the Old Town of Warsaw.
Once upon a time two mermaid sisters swam from the Atlantic Ocean into the Baltic Sea. They were beautiful women with tails, who lived in the depths of the sea.
One of the sisters was especially attracted to the rocks of the Danish fiords and until this day can be seen sitting on a rock at the entrance to the Copenhagen port.

The other one swam as far as the great Gdansk port and then up the Vistula river. The legend says the mermaid got out of the water near the OldTown rise, more less where her monument stands today. She wanted to rest on the riverside but she liked it so much she decided to stay. Soon the fishermen noticed that someone raises the waves on the Vistula, tangles the net and lets the fish out while they’re fishing. The mermaid enchanted them with her beautiful voice and they left her alone.

One day a rich vendor saw the Mermaid and heard her singing. He planned to capture the Mermaid and make lots of money by showing her around the fairs. He trick her and captured the Mermaid.  He locked her in a shed away from the water. Fortunately a young farm worker, son of fishermen, heard the Mermaid crying and with a help of his friends released her. The Mermaid was so grateful to the folks, she promised to help them whenever needed.
Because of that the Warsaw Mermaid is armed with a sword and a shield. 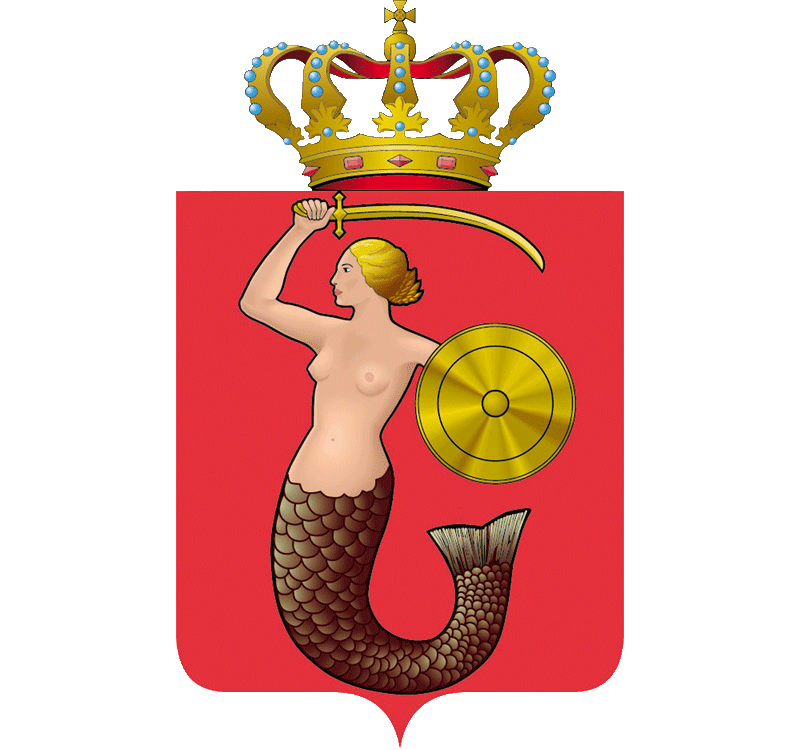